Water spinach has long been one of my favorite vegetables since I was a child. Spinach and water spinach both have the word “spinach” in them, so many people assume they are the same. I was wondering if this is the case too. Here’s what I found.

Despite sharing the same name, water spinach or kangkong and spinach belong to two different families. Water spinach is part of the Morning Glory family, which is closely related to sweet potato, whereas spinach belongs to the family Chenopodiaceae, which includes plants that have no petals, such as beets.

Read on to know more about the differences between water spinach and spinach.

What is water spinach and spinach?

Water spinach, with its scientific name, Ipomoea aquatica, is known by many other common names in different countries, such as kangkong, swamp morning glory, and Ong Choy.

Water spinach is an aquatic vine that can grow up to 9ft long with hollow stems and has flowers that look like morning glory.

On the other hand, spinach, or scientifically known as Spinacia oleracea, is an annual plant that has a dark green, heavy rosette of broad, spoon-shaped, and tender leaves.

It is a well-known strength booster vegetable that is popularized by the cartoon show, “Popeye the Sailor”.

Water spinach and spinach are both edible leafy vegetables with a lot of health benefits.

Even though they share the same name, both are entirely different vegetables with different needs, looks, and tastes.

Water spinach vs spinach: What are their key differences?

Here’s a table showing the main differences between water spinach and spinach:

As I’ve mentioned above, water spinach or Ipomoea aquatica is a part of the Convolvulaceae (Morning glory) family, which shares the same genus as the sweet potato and beet.

In contrast, spinach or Spinacia oleracea is an edible flowering plant that belongs to the family Chenopodiaceae, which is related to Swiss chard and beets.

According to World Crops, water spinach or kangkong has two major varieties:

On the other hand, regular spinach has three major varieties: savoy leaf, smooth leaf, and semi-savoy.

Traditionally, water spinach was grown either on river banks or in swamps.

However, recently, they are also grown on land in the garden, resulting in two different forms of growing habit: soil and swamp.

Water spinach that grows on land or soil needs plenty of water and will grow tall and their long shoot will trail over the ground.

Tough water spinach is a creeping vine, it may grow erect in water.

Spinach grows on land and can be planted on a variety of soils. But it grows best and most quickly in well-drained soil that is rich in organic matter with high pH (6.5 to 7).

Peat soils can also be used to get the highest yields.

This means that the water spinach prefers to grow in an environment of sunny and hot climate while spinach loves to grow in the cold climate.

Water spinach cannot stand the cold and needs plenty of sunshine. Seeds that are planted in low-temperature soil will not germinate.

That is why if you want to grow water spinach, the best time to sow the seeds would be when the weather is hot. This is around late spring through the entire summer.

As for spinach, it prefers cold weather and is sensitive to excessive heat.

The optimum temperature for spinach seed germination is around 7℃ to 24℃.

Young spinach can even withstand temperatures as low as -9 C!

Young water spinach shoots and leaves are sweeter and texturally more tender than the matured ones. It can be eaten raw as a salad or cooked in a number of dishes.

Spinach, on the other hand, produces different tastes depending on how you prepare them.

When eaten raw as a salad, spinach will give you a light and green taste.

When cooked, spinach tends to give you a bitter taste and becomes a bit slimy if you overcook it.

However, leaves of baby spinach are tender and slightly sweet and are much less likely to give a bitter taste when cooked.

You can reduce the bitterness of spinach by adding other ingredients such as using milk to combat the taste.

You can also try to boil or steam the spinach to get rid of the bitterness.

If you want to learn more about how to reduce the bitterness of spinach, try following these tips.

Don’t know how to prepare your spinach? Grab this superfood cookbook on Amazon that contains 50 tasty spinach recipes!

Being low in calories and fat makes water spinach one of the recommended greens by the dieticians to help control weight and cholesterol.

In addition to carbs, protein, and fiber, spinach is an excellent source of antioxidants and contains vitamin A, vitamin C, calcium, iron, folic acid, and has more beta-carotene than broccoli (up to 4 times).

Similar to all other dark green leafy vegetables, water spinach is rich in nutrients. It is an excellent source of protein, fiber, vitamin A and C, iron and calcium.

Here are some health benefits of water spinach or kangkong:

Water spinach or kangkong side effect

Water spinach or kangkong is generally considered safe for consumption in food quantity.

However, since it is hard to know the sanitary conditions of the water where it grew, it is better to eat it after washing and cooking it properly.

When eaten raw or not washed properly, you could end up with Fasciolopsiasis, a condition caused by a big parasitic intestinal fluke known as Fasciolopsis buski.

You get infected by this parasite when you accidentally eat its larval cysts, which were laid on the water spinach.

The cysts will develop into a fluke that attaches itself to the intestinal wall of humans and pigs, leading to indigestion, abdominal pain and allergic reactions.

Untreated cases may be deadly.

Hence, if you want to eat water spinach, be sure to boil or fry it properly first before serving it.

You can enjoy water spinach in many ways. My favorite way to cook them is by stir-frying them.

Things to keep in mind when preparing the water spinach:

Water spinach (Ipomoea aquatica) is listed as a Federal Noxious Weed under the Plant Protection Act by the United States federal government, This makes water spinach illegal to possess and be imported or transported between states in the U.S without a special permit.

Disclosure: This post may contain affiliate links. Read my disclaimer for more information. Kohlrabi or stem turnip is usually grown… 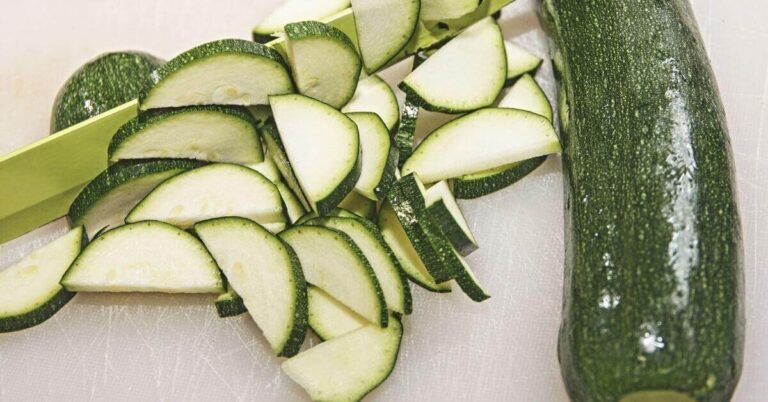 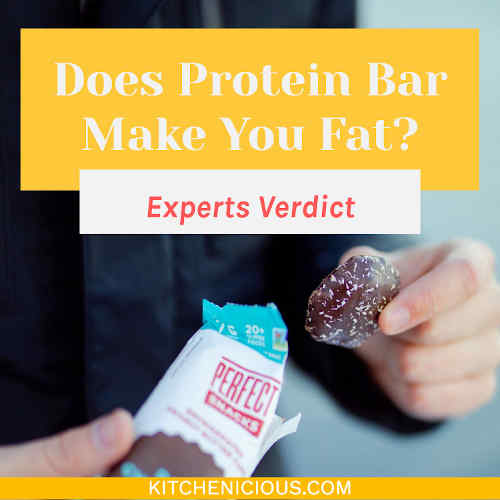 Disclosure: This post may contain affiliate links. Read my disclaimer for more information. Protein bars have become a popular go-to… 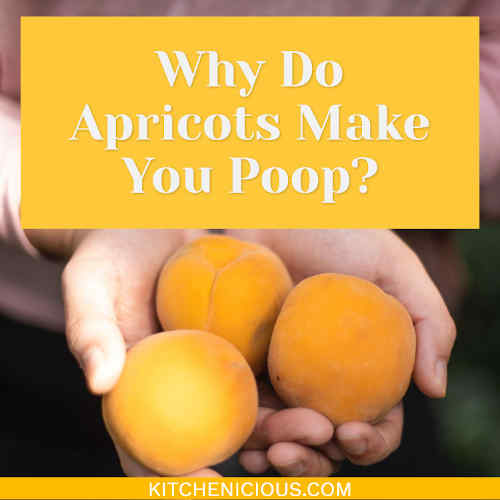 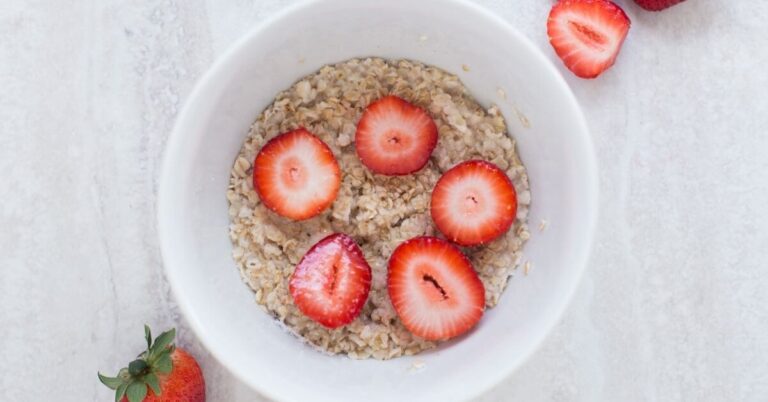 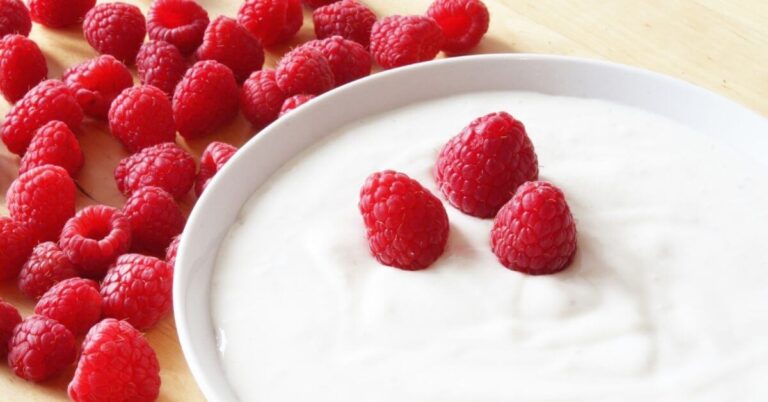 Disclosure: This post may contain affiliate links. Read my disclaimer for more information. Yogurt is a well-known dairy product that…

Kitchenicious.com is a participant in Affiliate Program, an affiliate advertising program designed to provide a means for sites to earn advertising fees by advertising and linking to Affiliate Site. The site also participates in various other affiliate programs, and sometimes gets a commission through purchases made through its links at no additional cost to the buyer.